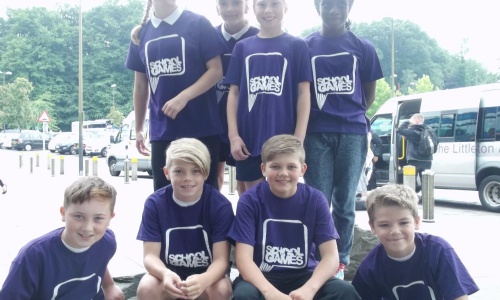 On Thursday 8th June, Southbourne Junior School participated in a Chichester District Athletics Competition. They competed against other schools around the Chichester area from Barnham to West Witterings. It was a West Sussex West Quad Athletics competition, which involves: a 75m sprint, 600m, a vortex distance throw, and a standing long jump.

After winning their area competition the children then went on to compete for the school and West sussex against schools around Sussex at the ‘Sussex School Games’ in Crawley in July.  It was a great day where the children: sprinted faster, jumped longer, threw further and puffed harder than they ever had done before. They showed great sportsmanship and a 'never give up' attitude- well done to them all.