Year 6 Explore the Isle of Wight 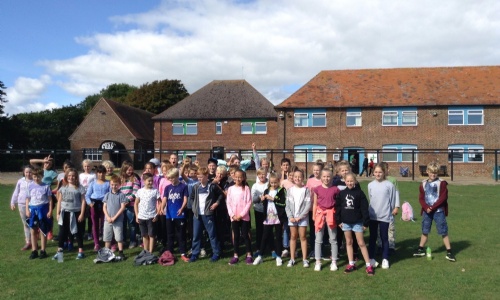 From the 19th September until the 23rd September Year 6 visited Kingswood Activity Centre on the Isle Of Wight. We began with a very smooth voyage across the Solent and arrived to bright sunshine. The children quickly unpacked their cases, made their beds and began a fulfilled week of adventure. Highlights included the 3G swing as children dropped from around 40 feet having been hoisted into the air by their classmates. Bushcraft was another favourite activity- children were taught how to clean water, make fires from scratch as well as build shelters from forest materials.

Thursday morning saw the whole group head down to the local beach and build castles and other sand sculptures. It was a glorious late Summer morning and everybody enjoyed themselves. Nightline involved pupils being blindfolded and having to tackle an obstacle course. We also tried some activities for the first time at Kingswood such as: walking upto the monument above Culver Down, playing ultimate frisbee and a detective whodunnit.

As always the food was excellent and plentiful; instructors commented on how polite the children were and new friends were made. We returned home on Friday afternoon after a terrific week with suntans and lots of happy memories.