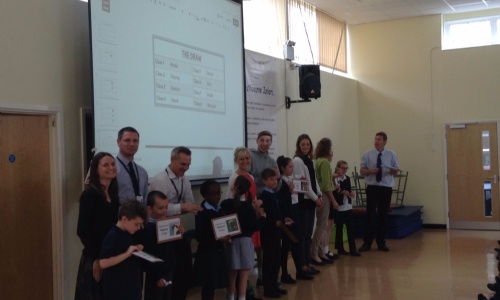 The results are in. Following last week's class name elections we now know what each class will be called.

In a landslide victory, the category of Birds won the election with 168 votes, while Ships came second with 45 votes and Trees came third with 32 votes.

As well as the announcement of the winning catergory in Monday's assembly, we also had a draw to see which bird each class would be named after. The results can be found below.